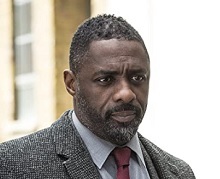 Hijack comes from 60Forty Films, Elba’s Green Door Productions and Idiotlamp Productions; the six-month shoot is based at Symmetry Park in Aylesbury.

Elba, who also executive produces, stars as Sam Nelson, an accomplished negotiator who has to call on his skills to save the lives of passengers on a London-bound hijacked plane.

Field Smith and Kay also executive produce along with Hakan Kousetta and Jamie Laurenson – founders of 60Forty - and Kris Thykier, whose Archery Pictures is working in association with Green Door as part of a multi-year project where they will work together on select film and TV projects.

Jodie Comer is set to star in a new feature called The End We Start From, based on the novel by Megan Hunter.