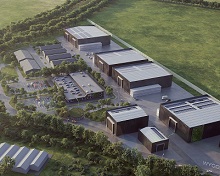 Temporary planning applications have been submitted to Buckinghamshire Council to support a Hollywood feature that will start shooting in 2022.

An application for a permanent studio will follow later this year, transforming a 26-acre site located just off the M40 to the southwest of High Wycombe into a sustainable film studio for feature films and SVoD content-makers.

The independent studio development, to be known as Wycombe Film Studios, will cover approx 295,000 sq ft and will support around 1200 jobs with an estimated £305m economic output (GVA). The sustainable plans include sound stages and production buildings with green credentials including  solar roofs for clean energy and recycled soundproofing inside the stages.

90% of the construction materials are reusable with green spaces to be maximised across the site, and vertical garden walls on the stages to help purify the air and attract wildlife.

A phased build is planned over the next 18 months, subject to planning.

James Enright, CEO of Stage Fifty said: "We're excited to reveal our plans for Wycombe Film Studios. We've been working behind the scenes for two years to ensure we have everything in place to build a world-class film studio with all the elements for success.

"We've received temporary planning approval to build one stage and workshops and have submitted further applications for three more stages to support a major feature film that will start shooting this year. We'll apply for full planning permission to create the long-term permanent studio in the coming months.

"Stage Fifty creates sustainable studios, and together with our partners, we've developed new technologies and innovative ways to build greener and more quickly than our competitors.

"This will be our third site in the UK. We've achieved great success with our other film studios in Farnborough and Winnersh, and we're looking to continue this success in High Wycombe.

"Wycombe Film Studios will stimulate economic growth throughout the region, supporting around 600 temporary jobs during the construction phase alone.

"Once the studio is operational, it will create around 750 full-time direct jobs and support 450 indirect jobs in the supply chain.

"Ideal for independent productions and global franchises alike, the studio will establish High Wycombe as a destination for national and international film and high-end television projects, attracting the world's most innovative content creators and inspiring a new generation of British filmmakers in the heart of Buckinghamshire."

At the end of last year, The Knowledge published its first annual Studios Supplement, already proving a huge success. To get in touch about appearing in this year's edition, email Alex or Sarah about the many options available. 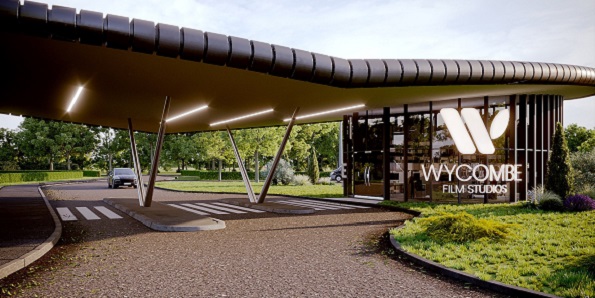 Adrian Wootton OBE, chief executive of the British Film Commission, added: "The UK is enjoying an immense, once-in-a-generation production boom, generating billions of pounds for the UK economy and translating into thousands of new jobs across the country's nations and regions. Indeed, the demand for filmed content is at an all-time high, which in turn is driving the need for additional studio and stage space.

“The development of new facilities, such as Wycombe Film Studios, in tandem with a focus on greater skills development, will further strengthen the UK's position as a leading centre of film and high-end TV production in the world."