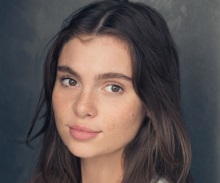 The new, six-episode run comes from screenwriter Simon Nye and is based on the series of novels by HE Bateman; Abigail Wilson writes episode three.

Bradley Walsh and Joanna Scanlan will return as the iconic and much-loved Pop & Ma Larkin, with Joelle Rae (pictured) taking over the role of Mariette Charlton for the new series. Other new cast members include Morgana Robinson and Maxim Ays.

The comedy drama is produced by Objective Fiction, Genial Productions and Objective Media Group Scotland in association with All3Media International.


The Larkins will be directed by De Emmony and produced by Serena Cullen.