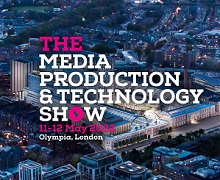 We thought it was a good time to bring you some highlights of the great line-up of speakers confirmed – industry experts across production, broadcast and tech.

The two-day event opens on 11 May with the keynote session at 10.3am – In Conversation with Louis Theroux, hosted by Charlene White. Theroux, who uses a gentle, informal questioning style to win the trust of his subjects, will be discussing his varied and extensive career in award-winning documentary production.

There are packed schedules at each of the themed theatre spaces, which are: Audio,  Broadcast Sport,  Keynote,  Mojofest,  Post-Production,  Production & Lighting,  Technology  and Virtual Production.