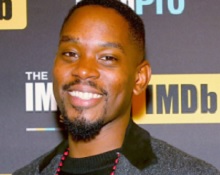 When a border ambush goes wrong, a retired Irish paramilitary (Morgan) witnesses the fatal shooting of his pregnant wife by an SAS officer (Ameen). After outwitting the SAS, now wounded, and presumed dead, he escapes, taking his revenge to the dark and paranoid streets of 1970’s London.

Directors Tom and Charles Guard said: “Borderland is a vengeance fuelled chase movie, fusing pulse ticking action with a powerful message for our times. We’re excited to be bringing this film to life on the streets of Glasgow and feel very lucky to have assembled an incredible cast and a formidable crew.”

Borderland is an Upper Street, Stylopic, A Piecrust and Highland Midgie Production, produced by Chris Coen, Brian Coffey, Rebecca Brown and Thorsten Schumacher and executive produced by Julia Stuart and Laura Grange at Sky and Norman Merry and Peter Hampden at LipSync. In association with Screen Scotland.