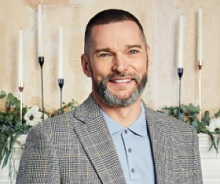 Co-produced by Betty (also an OMG label) and Motion Content Group, the 8 x 60 will see Sirieix recruit 10 young people at a crossroads in their life, and throw them into highly demanding hospitality roles in a luxury hotel on the French Riviera.

The series is executive produced by Cam de la Huerta, David Harrison and Helen Cooke for Canard and Betty TV, and Martin Oxley for Motion.

Sirieix said: “The hospitality industry changed my life when I was just 20. It taught me the skills for success. Last Resort promises to not only be a dramatic and fun filled series, but it will also give our young contestants an insight into the world of high-end hotel management whilst developing valuable and transferrable skills in hospitality. It’s an opportunity that could change their lives, as it did mine.”

Karl Warner, head of youth and digital at Channel 4 said: “Viewers are going to be treated to seeing Fred like never before. Pushed to his limit and well and truly out of his comfort zone, he’ll be marshalling his wet behind the ear and naive assistants as he tries to transform them into an elite hospitality team. The series promises all the intense drama and humour our audiences love on E4 and All 4 – bonne chance, Fred.”