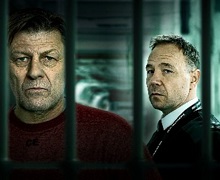 The Tourist is the highest-rating drama for the corporation so far this year, launching with 12 million viewers and with all six instalments being the most-watched episodes on BBC iPlayer in January this year.

The Tourist (6x60’) series 2 is a Two Brothers Pictures production written by Harry and Jack Williams who will also executive produce alongside Christopher Aird and Tommy Bulfin.

The second biggest new drama of 2022 so far was The Responder, launching with nearly 10 million viewers across 30 days. The Responder’s second series will once again be set and filmed in Liverpool. 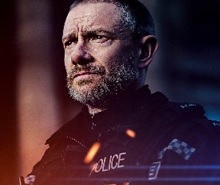 In 2021, Vigil was the UK’s most-watched new drama launch in three years, attracting an audience of over 13 million viewers across 30-days for episode one.

Series 2 will once again be set and filmed in Scotland  and the series overall had an average of 12.6m viewers (30-days). The 6 x 60 is written and created by Tom Edge and made by World Productions for BBC One.

It is executive produced by Simon Heath and Jake Lushington for World Productions, Gaynor Holmes for BBC and Edge.

Time, filmed in Liverpool, was one of 2021’s highest-performing new dramas with nearly 12 million viewers over 30 days for the series overall. The second series, comprising 3 x 60 eps, will feature a new cast and will be set in an all-female prison. It is written by Jimmy McGovern and is a BBC Studios production.

Charlotte Moore, BBC chief content officer, said: “The BBC is on fire creatively and the return of four of our biggest dramas over the last year demonstrates the sheer scale and range of storytelling on the BBC.”