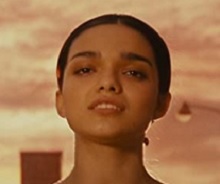 The film is directed by Marc Webb from a screenplay by Erin Cressida Wilson. Marc Platt produces.

A fire broke out yesterday, 15 March, at Pinewood Studios where the feature is being filmed; it is not yet known how much disruption to the set or schedule it has caused.

Snow White was originally an animated musical – the first feature-length Disney animation - produced by the Mouse House in 1937. The story is based on the early 19th century German fairy tale by the Brothers Grimm.

Zegler is coming off huge plaudits for her lead role of Maria in Steven Spielberg’s West Side Story – which scooped six gongs at last night’s BAFTAs – and has also recently completed filming Shazam! Fury of the Gods, that was filmed largely in Atlanta, Georgia under the direction of David F Sandberg.

Disney’s footprint in the UK is now hefty – the studio has a residency at Pinewood Studios and is also in production at newly-opened Shinfield Studios in Berkshire.