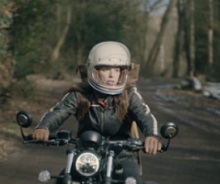 Expectation will produce The Change for delivery as a six-parter.

Written by Christie, the series centres on Linda (Christie), a 50-year-old married mother-of-two who, on finding from her GOP that she is menopausal, feels invigorated and empowered to try to claw back some of the time she’s spent doing ‘invisible work’ over the years.

Linda sets off alone on her old motorbike to the Forest of Dean, where she meets an array of eccentric locals – what could possibly go wrong..?

Fiona McDermott, head of comedy at Channel 4, said: “Bridget pitched the show with the tag line ‘Shirley Valentine meets Deliverance. With Pigs’.  She had us at pigs.

"We’re so thrilled to be working with her and Expectation and be able to hero a woman like Linda at the centre of a show that so brilliantly tackles big themes – feminism, health, identity, class and the natural world – but wraps them up with Bridget’s signature charm, curiosity and comic expertise.  It’s a timely show from a comic at the height of her powers.”

Gordon added: “We couldn't be more excited to work with Bridget on channelling her brilliant comic voice into a narrative comedy. She's putting the menopause at the heart of the story, against the beautiful, magical and at times unsettling backdrop of The Forest of Dean, and we’ve no doubt The Change will be a real treat for Channel 4 viewers.”