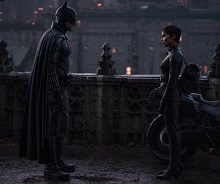 The combined production spend by film and HETV during 2021 is £1.27bn higher than for the pre-pandemic year 2019, according to figures from the BFI’s Research and Statistics Unit.

HETV was largely responsible for driving overall production levels to the new record, topping £4.09bn, nearly double pre-pandemic 2019 levels. This figure includes £737m from an increased number of single long-form ‘film’ productions made for streaming platforms which qualify for HETV tax relief such as Pinocchio and Matilda: The Musical.

Inward investment and co-production films and HETV shows delivered £4.77bn, or 84% of the production spend underlining how the UK has become a global hub for content creation. HETV shows accounted for the lion’s share of inward investment production, £3.44bn, or 72% of the combined total spend; feature films contributed £1.33bn, or 28% of the spend.

April to June was the business part of the production year with £2.29bn of film and high-end television production spend, the highest three-month period for film and HETV spend on record.

Indie film boost
The number of films going into production in the UK in 2021 was 209 films, which is 75 more than reported for 2020, a year which was significantly disrupted by the pandemic.

Of the 209 films starting production, the majority (126) were classified by the BFI as independent domestic UK features and they contributed £221m to the total spend, a 39% increase on the £158.2m spend in 2020.

A further 28 co-production features generated a UK spend of £58 million, representing a 60% uplift from a £29 million spend generated by 18 co-productions in 2020. As a result, 2021’s co-production spend is now the highest since 2013. Co-productions included Kim Burdon’s The Canterville Ghost, Sharon Maymon’s My Happy Ending, Florian Zeller’s The Son and Pablo Larrain’s Spencer.

High-end television boom
HETV production in the UK has boomed since the introduction of the UK’s HETV tax relief in 2013 delivering a new record spend of £4.09 billion in 2021 from 211 productions.

Inward investment and co-production – 55% of all HETV shows – are driving this growth, accounting for £3.44 billion or for 84% of the total spend.

Inward investment HETV productions made last year include Bridgerton series 2, Call My Agent!, The Crown series 5, The Essex Serpent, The Rig, A Very British Scandal and The Witcher: Blood Origin.

Domestic HETV productions made in 2021 included The Amazing Mr Blunden, The Bay, The Ipcress File, Shetland and Without Sin.

Ben Roberts, BFI chief executive, said: “The record-breaking level of film and TV production in the UK revealed today is good news for our industry and the UK economy and demonstrates the speed of the sector’s recovery. The groundwork for further growth is underway with expansion of studio spaces and production hot spots across our nations and regions, and working with industry to build up the skilled workforce that we need to meet demand and stay on top of our game.”