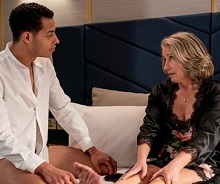 The UK’s Global Screen Fund (GSF) has received £21m for the next three years of its operation, as part of the latest investment from the government’s Department for Digital, Culture, Media and Sport (DCMS).

The figure means the funding will remain at the same level as the £7m allocated to the initial one-year pilot, which went live on April 28, 2021.

The investment forms part of a new round of £50m in government funding for UK creative businesses. Further allocations including £18m for the Creative Scale Up Programme, which provides finance and business support to creative industry businesses; and £8m to help start-up video game developers through the Dundee-based UK Games Fund.

“This continued investment recognises the power and potential of UK screen content and ensures that we can build on its global impact, delivering for the UK economy and reaching new audiences around the world.”

The funding announcement comes on the first day of the Creative Coalition Festival, a free online event from creative industries network Creative UK that aims to ‘reimagine, redefine and reignite’ the future of the sector.