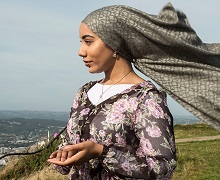 The BBC has announced the 50 UK companies supported through this year’s Small Indie Fund. The successful companies receive a range of support packages including strategic investment, a BBC commissioning editor mentor and development deal to help them grow.

Launched in 2020, the £1m fund supports the growth of small independent production companies with turnovers below £10m across drama, entertainment, comedy, factual and daytime.


The initiative was designed to help boost the strength of UK production in the context of global competition with a strong focus on companies with diverse leadership and producers based outside London.

Three quarters of this year’s small indies are based in the Nations and English Regions, and half of them have diverse leadership. The successful companies receive a range of support packages including strategic investment, a BBC commissioning editor mentor and development deal to help them grow.

Helen Blenkinsop, head of commissioning supply, said : “The small indie fund enables us to back companies who have brilliant British stories to tell across all four Nations and help create the next generation of on and off screen talent.  Companies like these are the lifeblood of the UK’s creative industry. Last year’s fund led to dozens of ambitious commissions – and we have high hopes of this year’s companies.”

The fund aims to sustain the plurality of supply and support innovation enabling smaller companies to compete more effectively when they don’t have the support of big international corporate groups.

46 programmes have been commissioned from companies supported in 2020/21, with many more ideas still in active development.