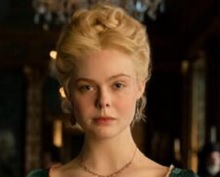 Starring Elle Fanning and Nicholas Hoult as Catherine the Great and Emperor Peter III respectively, the series was created by Tony McNamara, who also exec produces.


The “anti-historical”, satirical drama will comprise 10 episodes for S3.

While the second series used Three Mills Studios as its production base, the drama involves a huge amount of location work.