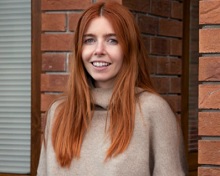 The 3 x 60 specials are produced by Firecracker Films for tx later this year and include an International Women’s Day special episode which sees Stacey spend a weekend with Harnaam Kaur, a motivational speaker who is living with and embracing the effect of PCOS (polycystic ovary syndrome) on her appearance.

The series is exec produced by Alice Bowden.

Hilary Rosen, UKTV’s head of factual and factual entertainment said: “We're delighted to continue our collaboration with Stacey on further episodes of the 'Sleeps Over' brand. Once again, Firecracker have secured hard-won access to fascinating families across the UK and this series promises to be a powerful, entertaining and thought-provoking watch.”

W channel director Adam Collings added: “Stacey Dooley Sleeps Over is a huge hit with the W audience and a series that offers a real insight into the way that different families live. We can't wait to see who she visits next and the IWD special is an excellent addition to our celebrations on the channel this year.”

A new feature directed by George Clooney will be the first production to use Stage Fifty’s new Winnersh Film Studios in Berkshire.