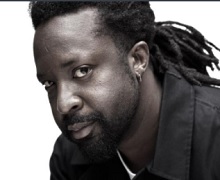 The crime noir, which marks James’ screenwriting debut,  follows the inimitable Millie-Jean Black, a police detective forced to quit Scotland Yard and return home to Jamaica, where she’s soon pursuing a missing persons case that threatens to expose more than she may be willing to confront.

Motive Pictures, backed by Endeavour Content, will produce the drama; filming takes place in the UK and Jamaica next year. The executive producers are Simon Maxwell (Motive Pictures), writer James and Leopoldo Gout.

James said: “My mother was one of the first policewomen in Jamaica to make detective. Storytelling has always struck me first and foremost as a mystery to be solved—which I’m sure I got from her. Millie, from the second she appeared in my imagination was a brilliant, mercurial, hilarious, unpredictable force of nature; someone who was always there, just waiting for her story to be told. I didn’t create her, I found her.”

Maxwell added: “Marlon James has set the literary world on fire with his novels and we’re so proud to be producing his first original work for the screen. With Get Millie Black, he’s created a noir tour-de-force, an unrelenting, uncompromising ride through the Anglo-Jamaican underworld that will grip and entertain whilst shining a light into the darkest recesses of our post-colonial legacy..."