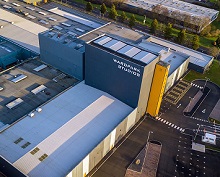 The purchase is the latest addition to a growing studio portfolio owned by the partners, in addition to their studio operating and services affiliate, The MBS Group.

Home to the Starz drama Outlander for all six seasons to date, Wardpark is the largest and only full-service studio in Scotland; around 20 minutes by car from Edinburgh and Glasgow. The campus comprises 14 acres, with around 200,000 sq ft of studio space including five sound stages.

Executive director of Screen Scotland, Isabel Davis, said, “Wardpark Studios has led the surge in production from Scotland for many years now and remains at the forefront.  Its success is synonymous with local talent at every level, from the visionary entrepreneurship of Terry Thomson [chairman and CEO of Wardpark Studios], to the world-class design of the studio itself, and the hundreds of highly skilled people who have worked on Outlander across six seasons. It has been, from the start, a phenomenal training ground for scores of new entrants to the valuable and fast-growing Scottish screen sector.” 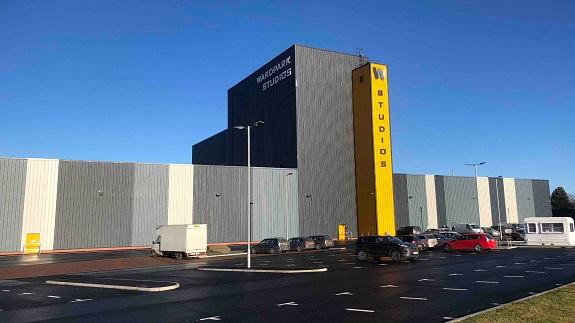 Scottish Cabinet Secretary for the Constitution, External Affairs and Culture, Angus Robertson, added: “This excellent news confirms the growing confidence in Scotland as a world-class, film- and TV-making destination. Wardpark Film and Television Studios play an important role in our vibrant and fast-growing screen industry, and Hackman Capital Partners and The MBS Group will further promote this first-class production facility to the international market.

“Scotland’s studios, including Wardpark, offer excellent training and apprenticeship opportunities to the many young people who are attracted to careers in production. Our investment in training through Screen Scotland and Skills Development Scotland continues to build up our reputation for world-class creative, technical and craft talent. We are committed to developing our screen infrastructure to capitalise on the unprecedented interest in bringing international productions to Scotland and to grow a sustainable creative economy.”

This year, The Knowledge published the first UK Studios Directory, an invaluable guide to studio spaces of all shapes and sizes around the nations and regions. Print editions are available to key budget-holders within production; click here for more.