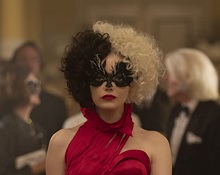 Construction work is underway and once complete, Shepperton Studios will be one of the largest film and TV studios in the world. Occupation is expected to commence in 2023.

Paul Golding, chairman, Pinewood Group, said: “We are thrilled to be going ahead with the next phase of expansion at Shepperton Studios and we’re especially pleased to be strengthening our partnership with Netflix. Their commitment to expand at Shepperton is an endorsement of our operational expertise and enables us to continue our investment into this great studio.”

Anna Mallett, vice-president physical production UK & EMEA, Netflix, said: “We are delighted to announce the expansion of our production presence in the UK. The new contract with Shepperton highlights our commitment to investing in the UK creative industry and will provide a wealth of opportunities and production jobs, from entry level to heads of department.

“We’re excited to work with some of the best storytellers in the business to create amazing new films and series for our members.”

The battle for studio space in the UK has triggered a raft of new site developments, conversions and expansions of existing sites, as the explosion in content creation continues to push up demand.

This year, The Knowledge published the first UK Studios Directory, an invaluable guide to studio spaces of all shapes and sizes around the nations and regions. Print editions are available to key budget-holders within production; click here for more.