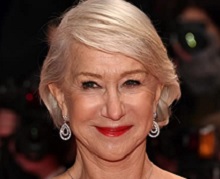 The feature is described as a “ticking-clock thriller following the intensely dramatic events and controversial decisions Meir faced during the Yom Kippur War in 1973.

"Her blend of tough leadership, plain speech and compassion, in impossible circumstances, would ultimately decide the fate of millions of lives.”

Mirren has recently completed filming her role of Hespera in Shazam! Fury of the Gods (part of the DC Extended Universe) and Grandmère in White Bird: A Wonder Story, an adaptation of RJ Palacio’s graphic novel, which filmed in the Czech Republic.