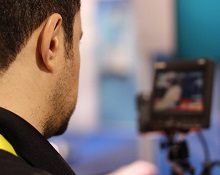 The Film and TV Charity has launched a wellbeing hub for freelancers, housing a range of bespoke educational tools and resources.

The hub has been developed as part of the Let’s Reset campaign to destigmatise and address the underlying causes of poor mental health in film and TV.

The first resources available on the Hub are:

• New “LET’S RESET” animated film, helping individuals to spot common sources of stress and learn how to put themselves first

• Directory of common industry risk factors for freelancers, based on issues identified within the Charity’s research, with advice on developing strategies to help manage them such as: Building My Support Network and Learning to Manage Difficult Conversations.

In 2019, the Charity’s Looking Glass Survey identified that a lack of accessible support was a key contributor to the poor mental health and wellbeing that many working behind the scenes in film, TV and cinema have experienced. The problem is more acute for freelancers, who make up more than 50% of the industry’s workforce but often cite the lack of support available to them.

The Freelancer Wellbeing Hub will be expanded in the coming months to include more resources relating to freelancers’ needs as identified by the Charity’s research, with specific support for financial concerns, advice on connecting with others, and on keeping well when not working all in development.

Lucy Powell, The Film and TV Charity’s community support lead, said: “Working as a freelancer in our industry can be incredibly challenging, with a range of factors from long hours to loneliness and little formal support all taking their toll.

“Our Let’s Reset campaign is about demonstrating that everyone has a role to play in supporting themselves and those working for them, whether that’s familiarising themselves with the support available and breaking the stigma of talking about mental health, or ensuring employees and freelancers have access to the help available. This new resource is a key part of the programme we developed in response to our research, helping to make sure that individuals feel that the difficulties they are encountering are being seen, and ensuring that everyone can find clear support and guidance.”

The Freelancer Wellbeing Hub and all of the Charity’s support services can be accessed here.

Anyone working in the industry who needs support can call the 24/7 Film and TV Support Line on 0800 054 00 00 to ask for professional advice and be connected with the best person to help.