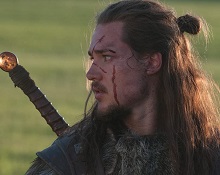 Lead actor Alexander Dreymon, who stars as Uhtred and who will also exec produce the Carnival Films feature, announced the news at MCM Comic Con in London.

Based on Bernard Cornwell’s Saxon Stories, the drama began shooting back in 2014 for BBC Two; Netflix joined as co-producer on series two. It has filmed largely or wholly in Hungary over all five series, with a major medieval set-build near Budapest. The fifth and final season began production in the spring this year.

Producer Marchant said: “We couldn’t be more thrilled to continue The Last Kingdom with a feature-length movie. Although season five fully concludes the series, there was always one more story that we wanted to tell.”