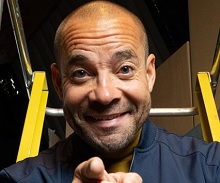 The executive producers for Daisybeck Studios are Paul Stead and Matt Walton, alongside Melanie Darlaston for Motion Content Group.

Darlaston said: “This is a fun new format that takes the viewer into a world of poker faces and tactical bidding! Be it tat or treasure, every item needs to be sold and we’ll see how our seasoned professionals use every trick in the re-seller’s book to make a profit.”

Jayne Stanger, commissioning editor, C4 daytime & features, said: “Bidding Wars is set to be an intriguing and entertaining watch as viewers will get to see what happens to all those online orders once they’ve been returned.

"Kevin Duala is the perfect host for the series, offering advice and overseeing good-natured rivalries between our sellers who are out to make the most money.”