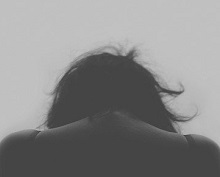 The Let’s Reset campaign aims to show individuals working in film and TV that the commitment to improving the industry’s mental health and wellbeing comes from the top down, with senior leaders pledging to:

•            Put specific support in place, including clear signposting of The Film and TV Charity’s growing suite of support services available to anybody working behind the scenes in film, TV, or cinema

New research from the second Looking Glass Survey due at the end of the month indicates almost 4 out of 5 workers in film and TV believe intensity of work is having a negative impact on their mental health.

In 2020, when the charity announced its response to The Looking Glass Survey, its data showed as many as 9 in 10 people working behind the scenes in film and TV had experienced a mental health problem – well above the UK average – with evidence showing that working conditions, industry culture and lack of accessible support create conditions which mean mental health and wellbeing suffer.

High incidences of bullying, racism and harassment have intensified the situation, and indicative results from an update to the Looking Glass Survey predict that the number of people feeling that the intensity of work is having a negative effect on their mental health has risen by almost 20% to four in five in the last 12 months.

The update to the survey also indicates that only 10% of those working in the industry believe it is a mentally healthy place to work.

The campaign is being supported by several industry partners, including the BBC, Disney, ITV, Sky UK & Ireland, IMG and Banijay.

Alex Pumfrey, CEO of The Film & TV Charity, said: “People in the film & TV industry are passionate about their craft, but their mental health is too often being strained to breaking point. Unhealthy working hours, bad practices, bullying, racism, harassment, and ableism are too common in an industry we all love, and all of us have a role to play in speaking up to create change.

“… It’s also a critical moment for senior leaders to showcase their own meaningful commitments to protect and support their people.”

Charlotte Moore, chief content officer, BBC, said: “A healthier working environment is something we can all get behind. Freelancers are the lifeblood of our industry, and the BBC stands alongside the rest of the film and television community to help improve working conditions for freelancers.”

Carolyn McCall, CEO at ITV, commented: “Supporting and promoting a culture where mental health and wellbeing is both understood and taken seriously is a priority for ITV which is why we support the Let's Reset campaign. ITV wants to encourage more openness about mental health in the workplace and to ensure that anyone who works directly for ITV, or on an ITV show, feels able to speak up and seek any support they may need."

Zai Bennett, managing director, content, Sky UK and Ireland, added: “Improving working conditions across our industry and creating a culture of respect and support is something we’re hugely committed to at Sky. Together across the industry we need to normalise conversations around mental health, encourage people to speak up and ensure they can access the support available if needed.”

Businesses can find out how to support the Let’s Reset campaign and help to shape the future of TV and film by visiting www.filmandtvcharity.org.uk/letsreset. Individuals can also find access to all of the charity’s support services, including the brand-new resources designed specifically for freelancers.

Anyone working in the film and TV industry who needs support can call the 24/7 Support Line on 0800 054 0000 to ask for professional advice.