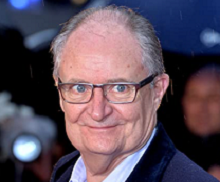 Joyce’s book, first published in 2012, centres on Harold Fry, a 65-year-old man who walks from his home in Kingsbridge, Devon, to post an important letter to his dying friend, Queenie, then just keeps on walking.

He eventually covers more than 600 miles in his quest to hand-deliver his missive, spending the 87- day journey reflecting on his marriage, his career and his estranged son.

True to the story, the locations encompassed will be wide-ranging, taking in sites as far afield as Devon and Northumberland before finishing in London.


The film is directed by Hettie Macdonald and produced by Juliet Dowling, Kevin Loader and Marilyn Milgrom for Essential Cinema and Free Range Films.

Feature have been in the location catering Industry for over 30 years Our parents started this business when they worked for a catering company called… more Call: 07703 337240   |   Add to Shortlist