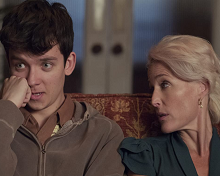 The High-end TV Skills Council has commissioned a range of new training programmes for those looking to develop their careers in high-end television, focusing on skills-shortage areas within the sector.

Many of the new programmes include a placement of up to 10 weeks with a production. Kaye Elliott, ScreenSkills’ director of high-end television said: “The High-end TV Industry working groups have worked hard to come up with a compelling suite of new programmes and courses, which offer fantastic career development opportunities in skill shortage areas.

“We have included work placements where possible so that participants get on the job experience and a production credit, which they can use to further their career.”