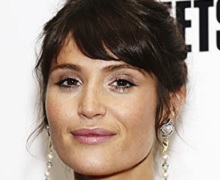 Arterton plays Barbara Parker, a young woman from Blackpool who finds her comic voice in the male-dominated world of the 1960s sitcom.


Parker’s journey from being a Blackpool beauty queen to comedy superstar and nation’s sweetheart is set against the cultural explosion of the 1960s.

Arterton said at the time the commission was confirmed: “It’s a heart-warming story of an ambitious woman with a dream of making people laugh – it’s going to be something special. It’s an honour to be working with such an incredible team and be reunited with my first ever director, Oliver Parker.”

Director of comedy for Sky Studios, Jon Mountague, added: “With Morwenna Banks’ brilliant script, this was the perfect opportunity to bring a contemporary take on this inspiring story. Funny, smart and revealing – exactly what a Sky Original comedy should be, and we can’t wait.”