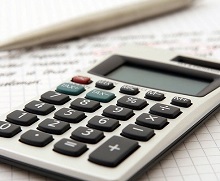 The course is aimed at those with five or more years’ experience in costume, locations, hair & make-up or art departments, HoDs and craft/technical co-ordinators – those who work in HETV and/or feature film but lack experience or confidence in budgeting.

The programme is supported by the ScreenSkills High-end TV Skills Fund with contributions from UK high-end TV productions and by ScreenSkills as part of the BFI Future Film Skills programme using funds from the National Lottery.

The Guiding Principles of Departmental Budgeting course will enable participants to gain the necessary skills and knowledge to prepare their own departmental budgets.

This course is in two parts:
Part 1 is a 4 x 2.5 hour online course which is open to a wide range of departments and grades. Following on from Part 1, eligible HODs will be invited to attend Part 2, a 1 x 2.5 hour department specific session to further develop their learning. Dates and times tbc.

The course runs on various dates starting in early October; click here for more information on eligibility and how to apply.