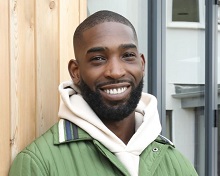 The four-part series will follow some of the most expensive and ambitious extensions around the UK, generally costing between £500k and a million pounds and takins around a year to complete.

Tempah, who has an extensive property portfolio, will share his personal renovation experience and offer practical and design guidance.


He said of the show: “I've always been really into architecture and design and have been lucky to witness and be a part of some amazing projects. I can't wait to see how these ambitious homeowners give their properties a 21st century shake up with the most extraordinary extensions”

Angela Norris, executive producer for Avalon added: “Tinie brings passion for property and design to all the builds, which are breathtaking in their own right.  Blood, sweat, tears and big budgets have gone into them, they will inspire and shock in equal measures.”