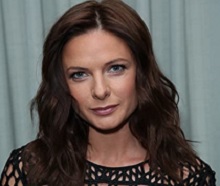 Wool stars Rebecca Ferguson and is based on a trilogy of dystopian novels by Hugh Howey. Ferguson is also among the team of exec producers and, as first reported on Deadline, will be joined in the lead cast by Tim Robbins. The lengthy shoot will continue until spring next year.

Production is based at a temporary studio in Hoddesdon, Hertfordshire, at the Charlton Mead Lane industrial estate. Broxbourne Borough Council granted permission in February this year for the new studio, expected to operate for five years, according to local news outlet the Hertfordshire Mercury.

Wool is believed to be the first major production to utilise the space, which previously housed unused storage and distribution warehouse units – the site is due to revert to its original purpose in 2026. A new application from Silo 13 Productions, seeking retrospective permission for four more ancillary buildings as well as a new unit, was subsequently submitted to Broxbourne Council on August 5 for the new AMC drama.

Studio space is so in demand in the UK that, as well as the several major new, purpose-built facilities due to open in the next couple of years, many sites are being re-purposed and pop-up studios being used.

Hertfordshire is fast becoming a major international production hub – apart from the long-established Warner Bros. Studios at Leavesden, there are developments in the pipeline for a new filming facility at Broxbourne, from Hollywood studio veterans Sunset Studios, and a major new studio at Hertswood, Borehamwood, which could comprise 1m sq ft if it goes to plan.