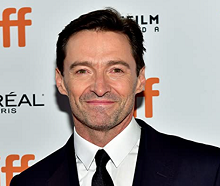 As with The Father, which won best adapted screenplay at this year’s Oscars, Zeller has been working with Christopher Hampton on the screenplay for The Son.


And as with The Father, it is based on a critically acclaimed stage play by Zeller.

Jackman, who also exec produces, plays Peter, whose busy life with new partner Emma (Kirby) and their young child is turned upside down when his ex-wife Kate (Dern) appears with their troubled teenage son, setting the family on a dangerous collision course.

Zeller directs; Iain Canning, Emile Sherman and Joanna Laurie of See-Saw Films produce, alongside Christopher Spadone (who worked on The Father) and Zeller.

Zeller’s stock has shot up since the release of The Father – it won two BAFTAs and a second Oscar for Anthony Hopkins as best actor, as well as a tranche of nominations.