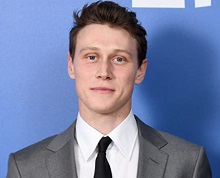 
Babak Anvari directs the neo-noir thriller from a screenplay he wrote with Namsi Khan. Lucan Toh produces for Two and Two Pictures; Kit Fraser is cinematographer. Shooting begins on 2 August.

The film centres on a rebellious young graffiti artist who, while targeting wealthy homes, uncovers a shocking secret hat will endanger his life and those close to him. The feature also stars Percelle Ascott and Varada Sethu.

I Came By is one of a tranche of Netflix projects currently filming in the UK. Others include Bridgerton Series 2; Hard Cell with Catherine Tate; Havoc with Tom Hardy, currently shooting in Wales; Stay Close; The Crown Series 5, Inside Man and Lockwood & Co.

Jodie Comer films The End We Start From

Production gets underway this week on The End We Start From, an apocalyptic thriller starring Jodie Comer, directed by Mahalia Belo.

Paramount+ continues to impact the UK production landscape as another original drama commission for the new streamer gets up and running this week.