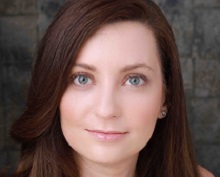 The BFI has announced Denitsa Yordanova as the new head of the recently-launched UK Global Screen Fund.

Yordanova will take up the role on 12 July, promoting, delivering and growing the pilot fund. She will report into Neil Peplow, BFI director of industry & international affairs, and will work closely with the DCMS.

Yordanova said of the new role: “I am very excited to join the team and to build on the successful launch of the UK Global Screen Fund, expanding its reach and influence. This is a unique opportunity to make a difference to the UK screen sector at a time of great change, as the sector adapts to the impact of COVID-19 and a new global perspective.

“I am humbled and honoured to take on this role and be able to support talented UK creatives working in film, TV, animation, documentary and interactive narrative games, across England, Northern Ireland, Scotland and Wales, to achieve their full potential on the international stage.”


Peplow added: “We’re absolutely delighted that Denitsa is joining us to lead the UK Global Screen Fund team. With the fund’s key objective of increasing the international export income and reach of UK screen content and business, Denitsa's wealth of experience and background in commercial TV and media strategy, together with her passion for film, provides a perfect combination for this fund and its ambitions. I look forward to welcoming Denitsa to the team.”


Yordanova was previously EVP corporate development at All3 Media and Head of Strategy & Corporate Development at Endemol Shine. Prior to this, she was responsible for business development and investment initiatives at Guardian Media Group.