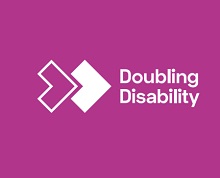 New research from the Creative Diversity Network (CDN) suggests that the UK TV sector could take until 2028 to hit its Doubling Disability target.

The independent review of the representation of disabled people across the UK’s television industry as part of its Doubling Disability campaign, launched in 2018 with the involvement of disabled people’s organisations and backed by the UK’s main broadcasters and other industry bodies.

The keystone of the initiative is a commitment by the UK’s main broadcasters to double the percentage of disabled people working in off-screen roles across the UK television industry by the end of 2020, later extended to the end of 2021 due to the Covid-19 pandemic.

Data held by the Diamond diversity monitoring system show there has been only a small increase of 0.9% in the proportion of disabled people in off-screen TV production roles from 4.5% in 2017 to 5.4% in 2020.

If the rate of progress from 2017 to 2020 is maintained, it will be 2028 at the earliest before the Doubling Disability target of 9% is met; and the industry will not be representative of the UK working age population in terms of disability until 2041 at the earliest.


The newly-commissioned independent report also includes an analysis of a survey commissioned by CDN of disabled workers’ experiences within the television industry. The analysis highlights that many respondents described how initially positive views of their suitability for a job changed after they disclosed a condition or impairment, with 83% saying that they found conversations about raising access requirements with [potential] employers or clients uncomfortable.


Deborah Williams, CDN executive director said: “It has been a year that has tested the industry and its ability to adjust to changes both cultural and financial. As well as adapting admirably to working in the pandemic, the new measures that have been put in place for better race and ethnicity representation are to be applauded. So I’m hopeful that the message about disability will also be embraced: disabled workers are looking for more broadcasting work, which suggests the talent needed to fulfil the Doubling Disability commitment exists.”

“The report does however reveal that misguided attitudes are still throwing up barriers to entry and career progression at every level. The industry has shown that it is capable of responding to the need for change – the recommendations in our report provide some fresh ideas to support the industry to get back on track.”


John McVey, CEO of PACT said: "The report paints a stark picture of the challenges faced by disabled people in our industry. Pact supports the CDN's aims and initiatives to achieve its Doubling Disability target earlier than the seven years it currently estimates it will take, and is also rolling out its own support for Pact members via the Pact Inclusion Tool, to help make their businesses more inclusive."