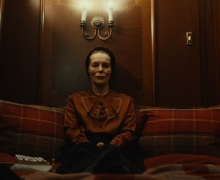 Now in its fourth edition, the showcase is funded and run by the BFI and the British Council, in partnership with BBC Film and Film4.

In preparation for the Marché, unseen first-look footage from each of the titles will be introduced by their filmmakers and screened on Thursday 17 June exclusively to buyers and festival programmers and made available across five different time zones. All of the features are now in post-production and will be available to buyers during the online Cannes Marché, which runs from 21-25 June.

Neil Peplow, the BFI’s director of industry and international affairs, said: “The high quality and diversity of UK filmmaking talent bringing their stories to film is exciting and a conversation that has grown through GREAT8. The level of interest shown by international buyers, programmers and the wider industry in the programme has been encouraging and we look forward to seeing their response this year.

“GREAT8 plays an important part in our activities to support the export of UK film around the world and build international relationships, work that we will be expanding thanks to our Government’s support for the new UK Global Screen Fund.”

She Will image via Rocket Science.