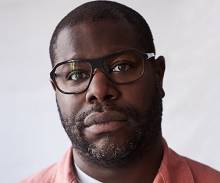 The three key events that will be explored are: the New Cross fire in January of that year, in which 13 black teenagers died; in March, Black People’s Day of Action, which saw more than 20,000 people join the first organised mass protest by black British people; and the Brixton riots in April.

Directed by McQueen and James Rogan, the series will reveal how these three events intertwined in 1981 and how, in the process, race relations were defined for a generation.

McQueen, who also exec produces, said: “It is an honour to make these films with testimonials from the survivors, investigators, activists and representatives of the machinery of state. We can only learn if we look at things through the eyes of everyone concerned; the New Cross Fire passed into history as a tragic footnote, but that event and its aftermath can now be seen as momentous events in our nation’s history.”