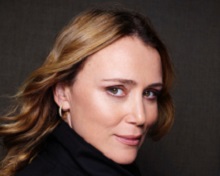 Keeley Hawes and Max Beesley are lining up to star in Sky’s 8 x 60 adaptation of The Midwich Cuckoos which, as previously confirmed on Production Intelligence, begins filming in London in May.

The new, modern-day iteration of the John Wyndham sci-fi classic has been written by David Farr, whose extensive credits include the Night Manager and Hanna. It comes from Snowed-In Productions and Route 24, in association with Sky Studios. 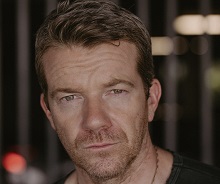 Midwich is a small commuter town, with nuclear families and affluent high streets, where nothing much ever happens. One summer’s day, a sleepy corner of Midwich is plunged into panic – people passing out with no warning or reason.


When the mysterious blackout is lifted, life for those affected returns to apparent normality - except every woman of child-bearing age within the area has suddenly and inexplicably fallen pregnant.

Farr said, "I first read The Midwich Cuckoos when I was twelve. I was living in a small town in 1980s Britain. Everything about the book rang true to me and terrified me. An invasion of a small community by a hostile and ruthless force. Apparently innocent children as a force of huge malevolent power. It got under my skin.

“As I've grown older, the story has never ceased to exert a grip. The idea that we may birth our own destruction is so simple and frightening. That as a mother or a father, the being we love most in the world may turn on us. It's the stuff of nightmares."

Farr is joined on the writing team by Sasha Hails, Namsi Khan and Laura Lomas. Alice Troughton is the lead director, with Jennifer Perrott serving as director. The series producer is Eliza Mellor.