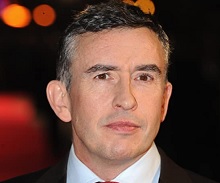 Shooting begins today (23 April) on The Lost King, a feature from Baby Cow and Pathé exploring the events of 2012 when historian Philippa Langley helped uncover the remains of Richard III beneath a Leicester car park.

Coogan plays Langley’s husband with Sally Hawkins on board as the historian whose unlikely discovery was the culmination of years of painstaking research.

Stephen Frears directs from a screenplay by Coogan and Jeff Pope; the trio previously worked together on another based-on-real-events feature, Philomena, in 2013.