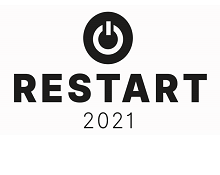 MBI, owner of Broadcast, Screen International, KFTV, The Knowledge and World of Locations, is hosting the event, discussing the impact of the past year on the industry.

is holding the event from 18-20 May and is available free to attend as an exclusive benefit to Production Intelligence, Broadcast, Screen international, Broadcast Intelligence and Commissioners Index subscribers.

The wide-ranging conference will centre on the impact of the past year on the production industry, exploring how the sector can move forward, successfully navigating its way into the future.

ITV head of drama Polly Hill, BBC Films director Rose Garnett and director Penny Woolcock feature in the first line-up of speakers, along with a tranche of other big names.

Topics and areas that will be discussed include:

• Production from the frontline – UK and International filming issues

• Industry leaders panels discussing the future of Film and TV

To claim your free subscriber pass for the event, head to the website, register your interest and the team will be in touch. For non-subscribers there are ticket options available from £75, more details can be found on the registration page on the website.

Restart is sponsored and supported by ScreenSkills, the BFI, British Film Commission & Centtrip.