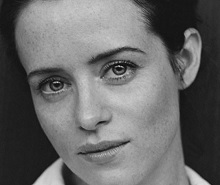 Filming is set to begin next week (w/c 12 April) on A Very British Scandal, exploring the infamous sex scandal surrounding Margaret, Duchess of Argyll, in 1963.

Claire Foy and Paul Bettany star in the 3 x 60 drama, which comes from Blueprint Pictures – the team behind A Very English Scandal - and which will largely be filming in London and Scotland. Sarah Phelps has written the script, for delivery to BBC One and Amazon Studios.

A Very British Scandal will be directed by Anne Sewitsky and produced by Chris Ballantyne. Executive producers are Graham Broadbent, Pete Czernin, Diarmuid McKeown and Delyth Scudamore for Blueprint Pictures, Lucy Richer for the BBC, Phelps, Sewitsky, Foy, Kate Triggs and Dominic Treadwell-Collins. Amazon Studios is co-producing in the US.

Famous for her charisma, beauty and style, British socialite Margaret Whigham became the third wife of Ian Douglas Campbell, 11th Duke of Argyll, in March 1951. Their subsequent divorce case in 1963 involved the presentation of an explicit photograph and the accusation by the Duke that his wife had consorted with more than 80 men, some of whom were said to be cabinet ministers and members of the Royal Family.

When the casting was announced, Foy said of the role: “I’m so excited to work with Anne, Sarah and Paul on this extraordinary project, and to explore through this story, how often shame, judgement and controversy surrounds a woman's sexuality.”

Phelps remarked: “Writing the story of Margaret’s life and the events leading up to and including her divorce from the Duke has been a passion project of mine since 1993 when I first heard her name and started learning about her. I felt very strongly that she’d been punished for being a woman, for being visible, for refusing to back down, be a good girl and go quietly. This drama is my tribute to her.”