Gugu Mbatha-Raw films The Girl Before 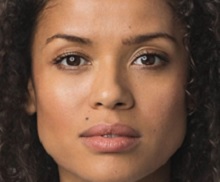 Filming begins this week on The Girl Before, starring Gugu Mbatha-Raw and David Oyelowo.

The limited four-part drama for HBO Max and BBC One is adapted from JP Delaney’s best-selling novel of the same name. Delaney writes – and exec produces – alongside co-writer Marissa Lestrade who worked on episodes 2 and 3. Lisa Brühlmann directs.

The executive producers are Eleanor Moran, Rory Aitken and Ben Pugh for 42, Ben Irving for the BBC, Delaney Brühlmann. Jeniffer Kim will oversee the project from HBO. Rhonda Smith producer and Mbatha-Raw is an associate producer.

The Girl Before tells the story of Jane (Mbatha-Raw), who gets the chance to move into a beautiful, ultra-minimalist house designed by an enigmatic architect (Oyelowo). The catch: occupants have to abide by his list of specific rules.

Jane starts to feel the house changing her in unexpected ways, but when she makes the shocking discovery about her predecessor, she’s forced to confront unnerving similarities. As the two women’s timelines interweave, Jane begins to question if her fate will be the same as the girl before…

Writer Delaney said at the time of the official announcement: “Having written for the screen in a previous career, it’s long been a dream of mine to adapt The Girl Before, but I was determined to only do it if I could find partners who wanted to pursue high quality, classy storytelling above all else. You really couldn’t get a more quality-focused line-up than 42, the BBC and HBO Max – and we’ve already attracted world-class talent in the shape of Lisa, Gugu and David.

"Psychological thrillers can be even more gripping on television than they would be as movies, and I’m incredibly excited to be re-telling this particular story in a visual medium. It’s also been great fun to collaborate on episodes two and three with a brilliant co-writer, Marissa Lestrade.”

Mbatha-Raw said: “I'm so excited to work with this amazing team on such a compelling story in my debut role as actor/producer.”

Oyelowo added: “This story is mind-bending in its clever construction and intricacy. I can’t wait to see it, let alone be in it. Plus, I’d go anywhere to work with my friend Gugu again.”