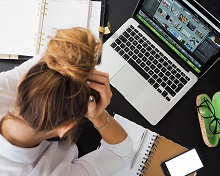 A tranche of new measures and schemes backed by several top industry bodies has been launched to reinvigorate action against bullying, harassment and racism.

The outline of the steps is as follows:

• BFI and BAFTA launch practical employer Action List backed by over 40 organisations across film, games and television including new endorsement from The Casting Directors’ Guild and Coalition for Change

The announcement comes as Equality and Human Rights Commission (EHRC) guidance on harassment at work is expected to become a statutory code of practice in the coming months, and filming restrictions and remote working during the pandemic have created additional pressures.

The Action List is part of a wider industry call for employers to commit to following the latest advice to meet their legal and ethical responsibilities and signpost workers to available support. It includes a set of resources designed to assist employers to meet those responsibilities and is endorsed by producers such as Faye Ward and Hannah Farrell of Fable Pictures.

Research commissioned by The Film and TV Charity, published in February 2020, which collected data on more than 9,000 workers, revealed that bullying remains highly prevalent – across all sub-sectors, 84% had experienced or witnessed bullying or harassment, with even higher figures in some sub-sectors. Those who had experienced bullying were twice as likely to want to leave the industry and highly likely to have had mental health problems. The charity’s new bullying support services have been developed in direct response to this need.

The State of Play survey on unscripted TV undertaken in the wake of the pandemic and published in January 2021 by Bectu, Bournemouth University and Viva La PD, found that over 93% of respondents have experienced bullying or harassment in the TV industry, with only 11% who reported incidents considering that the matter was satisfactorily resolved. The report suggests that the vulnerability of the workforce over the last year has spotlighted a whole range of systemic employment-related concerns, including the need to ensure that incidents can be reported without fear of reprisal, and that procedures are in place to address reports.

The new Action List is based on the Set of Principles and Guidance published in 2018 developed by the BFI in partnership with BAFTA and in consultation with organisations across the film, games and television industries in response to urgent and systemic issues around bullying and harassment exposed so shockingly through cases such as the Harvey Weinstein allegations and subsequent conviction. In July 2020 the Principles and Guidance were updated with a specific commitment to anti-racism in recognition of widespread failings highlighted by the Black Lives Matter movement.

The Guidance outlines the law around bullying, harassment and racism, and also includes sexism, ableism, homophobia and other forms of discrimination. It sets out the responsibilities of employers, and provides advice for employees and freelancers. A supporting Dignity at Work Policy, developed in partnership with Bectu, provides a template for companies, productions and festivals to complement the Guidance and Principles to tackle workplace bullying and harassment.

The new Action List for film and television launched today, which joins one for the games industry already in place, outlines simple yet effective actions that all employers can take to prevent and tackle workplace bullying, harassment and racism and demonstrate their commitment to tackling the issue. The Action List makes further recommendations including taking the new ScreenSkills online training module on bullying and harassment, and ensuring all employees and freelancers are aware of the new suite of bullying support services launched today by The Film and TV Charity. The Action List can be downloaded here.

The Principles and Guidance have now been endorsed by over 40 screen sector organisations with The Casting Directors’ Guild the most recent to formally endorse them. A number of talent agents, including Sara Putt Associates, have committed to requiring employers to agree to adhere to the Guidance as part of their deal memos with talent, and producers such as Fable Pictures require workers to sign up to the Principles. 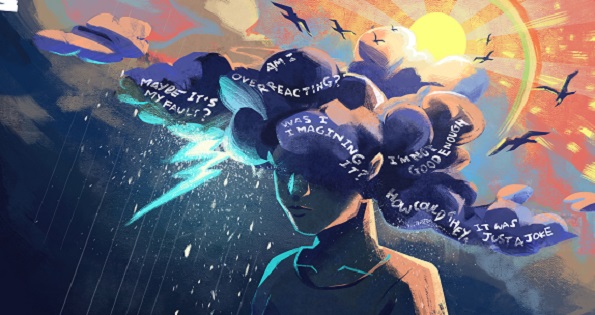 The BFI has hired Morgana Melvin as production inclusion manager to work across the BFI Film Fund, Inclusion and Skills teams and other partners such as ScreenSkills, BBC Films, and Film4 to identify the challenges and coordinate strategies that can result in real change for employment opportunities for underrepresented groups in the production sector across the UK. By reaching out to producers, Head of Departments and the wider industry, Morgana will work with BFI teams on strategies that can support job progression and retention in the industry. This will include support for the prevention of bullying, harassment and racism on set.

As previously announced by BAFTA, entrants for the 2021 BAFTA Games Awards have been asked to provide information on their companies’ anti-bullying and harassment guidelines. This year, along with the adoption of the BFI Diversity Standards, is a pilot year for the BAFTA Games Awards and joins existing requirements for BAFTA’s Awards across Film and Television. BAFTA will be using the data collected to enable them to see where support, guidance and training can be offered, if necessary. The move is part of a renewed commitment from BAFTA following the 2020 Review which marks the beginning of a significant cultural shift in BAFTA, challenging the industry to address the serious lack of opportunity and equality.

Jen Smith, head of inclusion at the BFI, said: “We’re delighted that so many organisations across the screen industries have already adopted the Guidance and Principles, but we know from our conversations with industry that more structured support needs to be within every workplace to prevent and reduce instances of bullying, harassment and racism. The Guidance, Principles, Dignity at Work policy and the Action List are working documents that we will continue to refine, as well as building even more complementary resources.”

The Film and TV Charity’s new services to provide more support for individuals who have experienced or witnessed bullying including: the Bullying Pathway Service, accessible via the charity’s existing free and confidential 24-hour Film and TV Support Line 0800 054 00 00, offering free, confidential and independent industry-specific legal, HR and mental health advice; and digital incident-recording tool Spot, accessible via the charity’s website, which can be used by anyone to create a confidential private record of something they’ve experienced of witnessed. The new services have been created as part of the Whole Picture Programme, the pan-industry movement for better mental health. More information can be found here.

The free, independent services are for everyone who works behind the scenes in UK film, TV and cinema – employees and freelancers. They have been designed and delivered as part of the Whole Picture Programme, a 2-year project co-funded by key industry partners and supported by leading mental health charity Mind to design and launch trusted support, tailored for people who work in the UK industry.

Seetha Kumar, CEO, ScreenSkills, said: “It is so positive that the industry has come together to create a better, fairer working environment by addressing unacceptable behaviours that have no place in it. We at ScreenSkills already provide a range of training, e-learning and resources – including some supported by the BFI with National Lottery funds – to help the industry identify and tackle bullying and harassment and racism so companies and productions as well as individual freelancers can play their part in creating safe and welcoming workplaces for everyone.”

Faye Ward and Hannah Farrell, creative directors of Fable Pictures, said: “Fable Pictures strive to offer an inclusive environment on all our productions where everyone is treated with dignity and respect. The Principles against bullying, harassment and racism have really helped us set the tone on set and create a welcoming and inclusive working environment. This new Action List has made it even easier for us to understand what steps we can take to prevent and deal with unacceptable behaviour and support all our employees.”

Sara Putt of Sara Putt Associates, said: “Sara Putt Associates are proud and excited to support this work.  We, as many other talent agents, include adherence to the BFI/BAFTA Principles and Guidance for the prevention of Bullying, and Harassment and Racism in our deal memos, and this clear and comprehensive Action List offers great practical guidance enabling all productions to create a safe workplace for everyone. Through my role as a BAFTA Trustee I have witnessed at first hand the huge amount of hard work put in by the BFI and BAFTA to create the original guidance and principles and now to have honed the information into an effective practical toolkit for all of the industry to use.  As we strive to create a better environment for everyone who works in film and TV the importance of this Action List and the associated resources cannot be underestimated.”