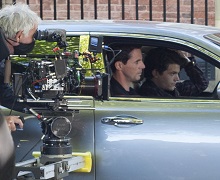 As demand for studio space in the UK continues to grow, production hubs in the nations and regions able to support large-scale projects are more important than ever.

Here, with the help of the Bristol Film Office and Production Intelligence, we take a look at the range of shows that filmed in Bristol and Bath during a very challenging year.

Amazingly, given that production was suspended for much of last year, Bristol Film Office still hosted 325 filming days during 2020.

The Spanish Princess (New Pictures for Starz)
The period drama wrapped a six-month shoot for its second and final season in March 2020, just before the first lockdown began. Filming took place on the show’s full-scale, interconnected Tudor-era Westminster Palace sets which stood in 30,000 sq ft of The Bottle Yard’s Export Warehouse and Tank House 1. 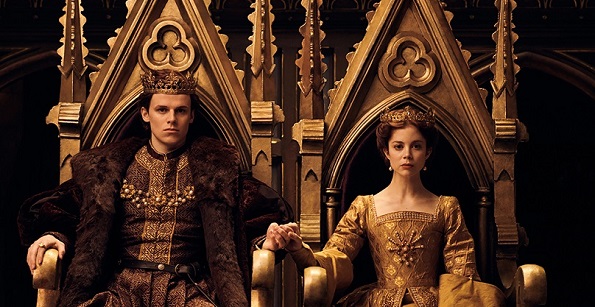 Production offices, construction areas, stores and costume departments were all based at the studios. Location filming took place at Bristol’s Ashton Court Estate, which hosted a royal pheasant hunting scene with support from Bristol Film Office. Filming also took place at historic locations in the region such as Kings Weston House, Montacute House, Wells and Gloucester Cathedrals and Berkeley Castle.

“We were delighted to return to Bristol and The Bottle Yard Studios for season two of The Spanish Princess.  In addition to offering so many wonderful choices for exterior filming, Bristol has proven to be a very film-friendly town and the professionals at The Bottle Yard provide the kind of strong infrastructure needed to keep a fast-moving production on track”, said Karen Bailey, SVP of Programming, Starz.

The Pursuit of Love (Moonage Pictures and Open Book for BBC One and Amazon)
Adapted by Emily Mortimer from Nancy Mitford’s book, The Pursuit of Love began a ten-week shoot in July 2020, one of the first HETV productions to shoot after the lockdown. It was filmed on set at The Bottle Yard Studios and on location in Bristol, Bath and surrounding area, including National Trust properties Dinton Park and Philipps House and Stourhead House in Wiltshire.

The Last Bus (Wildseed Studios for Netflix)
Netflix Original series The Last Bus, made by Bristol production company Wildseed Studios, is a 10-part live-action children’s series – a sci-fi road trip adventure that tells the story of a group of mismatched school kids who band together to face a fearsome new machine intelligence.

The Last Bus is written and created by Paul Neafcy, who was talent-spotted by Wildseed making mobile-phone films on YouTube from his bedroom. Wildseed worked with Neafcy to develop two series – Phillip Human and PrankMe – for SVoD service Fullscreen before developing a premium scripted sci-fi drama concept and a 10-minute pilot that convinced Netflix this new creator was worth a full Original commission.

Shooting began in the autumn and is still underway. The Last Bus is filmed on set at The Bottle Yard Studios and on location in Bristol at locations including Redcliffe Caves and The Downs, and the surrounding region including Clevedon, Portishead, Brean.

The Offenders (Big Talk / Four Eyes Productions for BBC One & Amazon)
The Offenders initially began filming in March 2020 but the first lockdown forced production to pause. It restarted filming in December 2020, with a cast including Christopher Walken, who plays an offender undertaking community service in his first lead British television role.

“Like so many other productions, we’d just begun filming when Covid-19 struck and we had to shut down. I’m delighted that we’re now finally able to resume filming with this incredible cast and finish this long-standing passion project. This is the first series I’ve made in my hometown of Bristol and I’m so excited to showcase the city and utilise the amazing local talent”, said Stephen Merchant.

Andy’s Aquatic Adventures (BBC Studios Natural History Unit for CBeebies) Filming began on the 15 episodes on 10 February 2020, but stopped suddenly when the first lockdown came into force in March. After a short interval where both the studios and individual production teams put a host of Covid safety protocols into place, Andy’s Aquatic Adventures was the first title to resume production at the Bottle Yard Studios in July 2020.

“Almost a year ago to the day we were back at The Bottle Yard starting our second block of filming; little did we know what lay ahead. It was a turbulent year, but our team overcame numerous challenges, solved countless problems and got us filming again on the 80 ft greenscreen, in line with broadcaster guidance on Covid-safety and the Studio’s protocols. 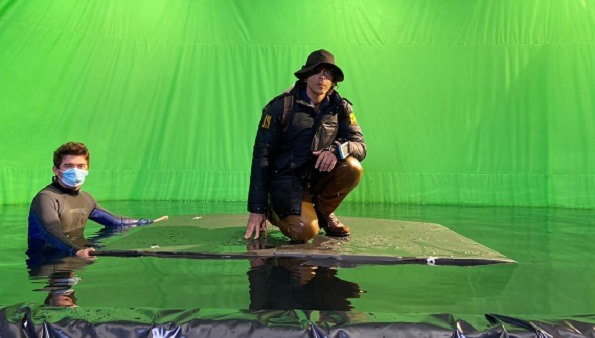 Series producer Mark Jones commented: “I’m proud to say that with the help of footage from the magnificent Blue Planet II archive, engaging scripts and editing, superb cinematography and out of this world VFX, we’ve undoubtedly created some of Andy’s best adventures ever - even with the odds stacked against us.”

To achieve some of the water-based sequences, the production team constructed their own green screen pool in The Bottle Yard’s Studio 2, to simulate Andy floating on the surface of the water. Changes put in place included a stripped back crew, in which Mark Jones served as series producer, director, assistant director and script supervisor. Front man Andy Day, CBeebies’ longest-running presenter, was required to apply his own make-up after a video tutorial. Use of PPE was mandatory and social distancing was strictly adhered to, with output viewed on individual monitors.

Laura Aviles, Senior Bristol Film Manager, said of the re-start: “It’s a significant moment to witness the launch of this new series of Andy’s Aquatic Adventures. The team put so much work into getting the right safety protocols in place for the Studios to be granted the ‘Covid-secure’ status that made it possible for productions to restart. Mark and his team were faultlessly professional and resourceful throughout and when their cameras were the first in Bristol to start rolling again, it was a really positive, landmark moment." 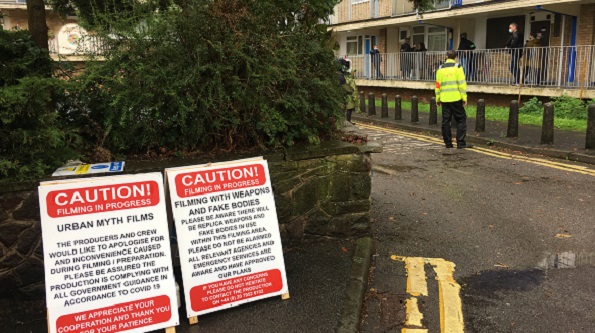 War of the Worlds series 2 (Urban Myth for Canal+ & Fox TV)
War of the Worlds was the first HETV production to resume in the UK after lockdown, restarting their shoot on 13 July in a Newport studio and on location in South Wales and Bristol. Bristol filming days took place between August – October 2020, assisted by Bristol Film Office.

Adam Knopf, head of production, Urban Myth, commented: “The Bristol Film Office have been incredibly supportive in aiding the return of War of the Worlds to shoot in the city following Covid.  As the city has numerous areas that double well for London it is a natural fit for us.

“Combined with the flexibility, efficiency and ‘can do’ attitude from the Bristol Film Office, the whole process of filming in Bristol has been a smooth and organised experience. They worked together with the production to ensure that all locations were well aware of our strict Covid protocols which meant that very few requests were turned down.”

The One (Urban Myth for Netflix)
The futuristic drama was based in Wales but also did a couple of weeks’ total filming in Bristol: a week in autumn 2019, and few days in January and February 2020.

A Discovery of Witches series 3  (Bad Wolf for Sky)
The fantasy drama shot two blocks on location in Bristol in 2020, one at the end of September  and one in early November. 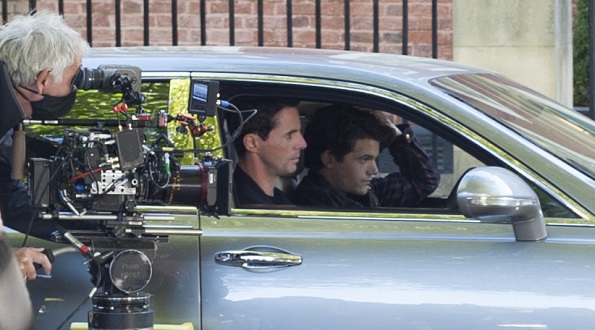 The Offenders and The Last Bus – see above - also shot on location in Bristol.

Aviles told The Knowledge: "After the obvious challenges of the past year, it's heartening to see such strong levels of production in Bristol in the first quarter of 2021. Bristol Film Office is supporting multiple productions including The Offenders, Alex Rider and Extinction to shoot on location in the city, whilst studio bookings are looking extremely healthy throughout this year and well into 2022.

“We are firmly on track for realising our expansion plan, with a full business case now in development and £11.8m investment committed in principle by West of England Combined Authority. The West of England region understands the economic value of TV and film production and the crucial role it will play as a driver for employment and inward investment in the coming years, particularly in terms of recovery from the effects of the pandemic."

The start of 2021 has been very busy for production in Bristol too, with filming having commenced on Becoming Elizabeth, Alex Rider 2 and Extinction.

All the HETV projects listed above were detailed on Production Intelligence ahead of filming, with updates on filming schedules and HoDs as they moved towards pre-production and filming.
With many thanks to the Bristol Film Office for its help in compiling this article.

War of the Worlds, A Discovery of Witches: @instanth0ny