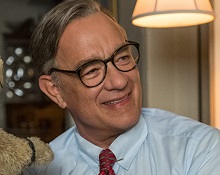 Disney’s latest live-action remake from its canon of animated classics is Pinocchio, now in pre-production at Pinewood.

Filming is due to begin in a couple of weeks on the feature – reportedly a live-action/VFX hybrid - with Robert Zemeckis calling the shots from a screenplay he wrote with Chris Weitz. The producers are Andrew Miano and Weitz are for their company Depth of Field.

Tom Hanks stars as Geppetto, with (as first reported on Deadline) Luke Evans set to play the coachman. The story is based on the 1883 Italian children's book by Carlo Collodi, and revolves around a wooden puppet who dreams of becoming ‘a real boy’.

The original film was first released by Disney as a feature-length animation in 1940, the Mouse House’s second animated feature after Snow White and the Seven Dwarfs in 1937.

In 2019, Disney took over nearly all the space and stages at Pinewood as part of a long-term deal, while Shepperton is now leased to Netflix.


The demand for studio space in the UK is growing, and there is a plethora of new spaces in the pipeline, some purpose-built and some being existed or expanded from existing sites.