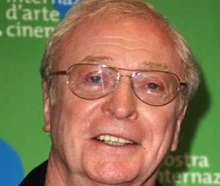 Michael Caine and Glenda Jackson are set to star in The Great Escaper, a film inspired by the true story of 2014 when Bernard Jordan escaped from his care home to attend the 70th Anniversary of the D-Day Landings in France.

Bernard’s adventure to try to join fellow veterans in the Normandy commemorations lasted just 48 hours, yet seemed to capture imaginations around the world, demonstrating the ‘can-do’ spirit of a disappearing generation.


Oliver Parker will direct the film from a screenplay by William Ivory. Shooting begins in June.

Robert Bernstein and Douglas Rae produce The Great Escaper for Ecosse Films; it is made in association with Pathé, BBC Film and Ingenious Media. Executive Producers are Cameron McCracken and Jenny Borgars for Pathé; Rose Garnett for BBC Film; and Andrea Scarso for Ingenious.

Director Parker said: ‘No one can resist a script that makes people both laugh and cry – I loved Billy’s writing and the story itself, so inspirational and so moving, seemed to speak to our times and our need for heroes on a human scale, whether people like Bernard Jordan or our doctors and nurses.


"And now to have Michael and Glenda - two iconic actors - agree to honour this story with their brilliance, it’s the cherry on the cake!’