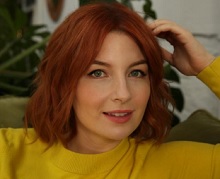 Channel 4 has ordered a 3-part series exploring the lives of sexual adventurers around the UK.

Sex Odyssey (w/t) is the first C4 commission from Mindhouse Productions, the London-based indie set up by Louis Theroux, Arron Fellows and Nancy Strang.  Theroux will exec produce alongside Fellows.

Presenter Alice Levine will delve into some of the sex-related stats that have emerged during lockdown, and ask whether there is any such thing as ‘normal’ in terms of sexuality in the 2020s while challenging her own preconceptions of sexual conformity.

Levine said: “It’s a real honour to be the first presenter Louis is working with as an executive producer, especially after so many years watching his programmes. We are both fascinated by the contradictions of people’s lives - the strange and transgressive, next to the mundane and ordinary, in one person's story. I hope that these films will be both warm and funny, surprising and sensitive.


"And if we can take the taboo out of talking about sex, that’s a huge bonus.”

Theroux added: “I’ve always seen films themed around sex as the most challenging but when you get them right the most rewarding. Our sexual interests are arguably the most fundamental aspect of who we are and we’re living in a time when a lot of our assumptions are being rethought.

“This is a chance to examine all of that, and doing it with a presenter whose warmth, wit, intelligence, and sensitivity make her an ideal guide through sometimes difficult terrain."