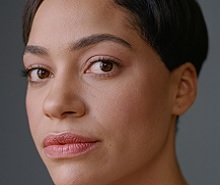 From Red Production Company, Stay Close will shoot around six months in Manchester and the north west.

Juliet Charlesworth is series producer and Daniel O’Hara is lead director and an executive producer. Sheila Nortley produces with Lindy Heymann as director for block two.

When the series was first confirmed, Coben said: “I am so happy and excited to Stay Close (pun intended) with Danny Brocklehurst, Nicola Shindler and Richard Fee — the same team that made The Stranger, Safe and The Five.  And talk about a dream-come-true cast – Cush Jumbo, an incendiary and awesome talent; Jimmy Nesbitt, a legendary actor I always wanted to collaborate with; and wow, Richard Armitage back again!

"Netflix has been a wonderful home, and from what I’ve seen so far, Stay Close will be our most gripping and binge-able series yet.”