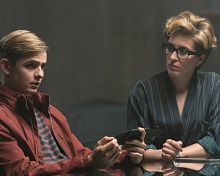 The five-month shoot is filming on location across the city with assistance from the Bristol Film Office. Eleventh Hour Films makes the drama which is adapted from the best-selling novels by Anthony Horowitz; the second run is based on the fourth book in the series, Eagle Strike.

Stephens, who plays tech billionaire Damian Cray,  said: “I’m really thrilled to be part of Alex Rider season 2 and working with Eleventh Hour Films again. My son loves the Alex Rider books so it’s lovely to be a part of something that he recognises and enjoys – and it’s been a while since I played a good nemesis, so I’m really look forward to being the bad guy and going toe to toe with Alex Rider.’