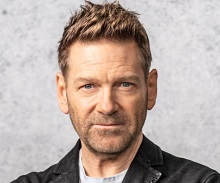 Sky has announced a clutch of original new dramas, as part of its raft of commissions and acquisitions – a 50% increase on its original film and TV content from last year.

The slate includes several feature films and documentaries as well as the new scripted projects, one of which will star Kenneth Branagh as Boris Johnson.

The Midwich Cuckoos is an adaptation of John Wyndham’s sci-fi classic, written and created by David Farr. The eight-part drama moves the action to the present-day, in a southern commuter town 40 miles from London. Alice Troughton is lead director; the series is produced by Snowed-In Productions and Route24, in association with Sky Studios. The executive producers are Marc Samuelson and Robert Cheek for Route 24 and Ruth Kenley-Letts and Neil Blair for Snowed-In.

Urban Myth Films is working on Extinction, an eight-episode action thriller about a man who begins to re-live time after witnessing the world end. Paapa Essiedu stars alongside Tom Burke, Anjli Mohindra, Caroline Quentin, Rudi Dharmalingam and Charly Clive. Extinction is written by Joe Barton, who also executive produces alongside Johnny Capps and Julian Murphy for Urban Myth Films. The series is directed by Marco Kreuzpaintner and produced by Adam Knopf. Produced in association with Sky Studios.

Rounding up the tranche is the previously-announced This Sceptred Isle from Revolution Films, Fremantle and Passenger for Sky Atlantic. The five-part drama sees Kenneth Branagh playing Boris Johnson as it charts the events and the country in the face of the first wave of the global Covid pandemic. The series is written by Michael Winterbottom and Kieron Quirke. Winterbottom also directs and executive produces alongside Richard Brown of Passenger. The producers are Melissa Parmenter, Josh Hyams and Anthony Wilcox.