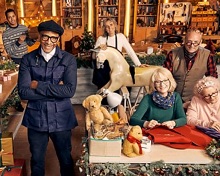 The Broadcast Indie Survey 2021 is now open for entries – a chance to give your views on the industry after a rollercoaster year.

This gives producers a chance to submit their responses to the annual report, which will launch on 23 March at an exclusive digital event and be published on 25 March with the April issue of Broadcast magazine.

The survey ranks all producers by annual turnover and also gives detailed breakdowns of the fastest-growing companies, the top owners and consolidators and attitudes towards the main commissioning broadcasters and other key industry issues.

This year, the survey includes a section on the impact of Covid-19 on the production sector.

This article first appeared on Broadcastnow.co.uk.

Indielab Accelerator has announced the call for applications for its 2021 edition of its growth programme for indies looking to achieve scale and develop their business.