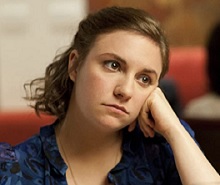 Dunham has also written the screenplay for the feature, which is from Working Title Films. Catherine, Called Birdy, is Karen Cushman’s first children’s novel, published in 1994.


The book is set in 13th century England and is written in journal form through the eyes of a 14-year-old girl, the daughter of an English country knight.

Production Intelligence subscribers can log in for more details on Catherine, Called Birdy, including the shoot dates and key HoDs on board, such as the producer, UPM, production designer and DoP. Non-subscribers can click here for a free live demo of the site.

Working Title is as busy ever with an active development slate. Casting was announced recently on its feature adaptation of Matilda, set to star Alisha Weir, Emma Thompson and Lashana Lynch. Also in the pipeline is The Swimmers, a feature based on the true story of young Olympic swimmer Yusra Mardini who fled Syria with her sister in 2015.