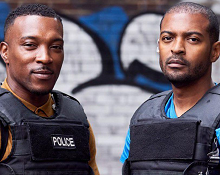 A fourth series of Bulletproof will shoot later this year in and around London starring Noel Clarke and Ashley Walters.

Clarke said: “We are ecstatic that Bulletproof has been commissioned for yet another season. It is a testament to the hard-working cast, crew, and everyone behind the scenes making it all happen. We work hard to bring you something entertaining and heartfelt and we hope you enjoy it when it returns!”

Walters added: “I am so pleased we can continue the journey of Bishop and Pike. This show has stood the test of time because of the heart we put into it. We really appreciate the support we have had from all that have watched. See you again soon.”

Allan Niblo, co-founder of Vertigo Films, said: “Bulletproof is a show that pushes the boundaries, and this series will be bigger, bolder and more rebellious than ever, giving viewers something they haven’t seen before. Bulletproof has a unique combination of action and humour, and with Noel and Ashley, a partnership like no other. We can’t wait to share their journey with audiences once again.”

Although the UK government’s Film and TV Production Restart insurance scheme has been extended through to April, and now covers cast and crew over 70, many producers are somewhat in limbo waiting to finalise their schedules until more is known about any potential insurance protection after the spring, and how much of the vaccination programme will have been fulfilled by that time.